Thice Security provides no-nonsense high quality security services including red-teaming, penetration testing, gamification, incident response services and consultancy services.
The company was started by Thijs Bosschert in 2015 after being active in the cyber security field for over 15 years and having worked for multiple leading cyber security companies. After starting his own company Thice quickly had more work and idea’s than he could work on, on his own. He was soon joined by his brother Bas, who had been active in the security field as well since the turn of the century. From there on the company has kept growing.
From the start of the company one of the focus points has been gamification of the security field, including organizing Capture the Flag hacking events (CTFs). The next step was to extend the gamification services by designing and creating escape rooms including writing the scenarios and designing & creating puzzles, both in real-life and online.
Thice Security has always had a strong focus on sharing information and knowledge including providing training services, workshops and public presentations. 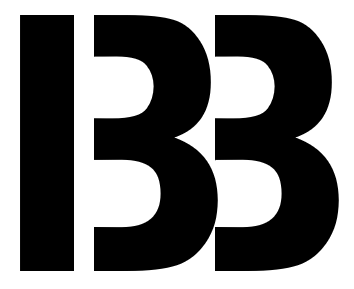 We provide red-team assessments to companies who are interested in testing the security maturity of their IT environments. During a red-team assessment we will perform activities which are in-line with current best practices of malicious actors. This way the security of the environment is tested in a realistic way. Please contact us to get to know more about our red-teaming services and have an introduction call to see if this service fits your needs.

As pioneers in the Incident Response field, we have seen countless breaches over the years and helped a large amount of companies to recover and return to business back as usual. From this experience we provide incident response training and services to both internal and commercial IR / SOC / CERT teams. These services include (temporarily) being part of the current team for on-the-job training and to improve internal processes and procedures. Please contact us to get to know more about our incident response readiness services.

We offer various and custom gamification experiences including CTFs, escape rooms and mock incident scenarios and simulations. Please contact us to get to know more about our gamification services.

We offer the following workshops and presentations:

We further offer custom presentations tailored to your requirements, and also offer various interactive gamification experiences. Please contact us to get to know more about what we can offer.

Besides all the other services on this website we also offer general IT security consultancy services including (interim) security officer and CISO roles. For these roles we draw upon our extensive experience in the cyber security field. Please contact us to get to know more about what we can offer.

This is our newest addition to the services we provide. We have been working on automating all of the standard red-team tricks into a single platform. Before inviting a company to do a red-team assessment it makes sense to make sure there are no low-hanging fruits for the red-team to make use of. This is what our platform does, to make sure these issues can be remediated before the red-team is invited. This way you actually get real value from the subsequent red-team assessment. Please contact us to get to know more about this service.